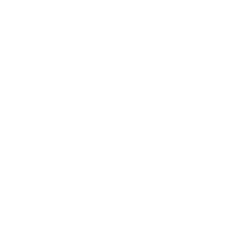 get to know sigma

Our Founders conceived Phi Beta Sigma as a mechanism to deliver services to the general community. In keeping with the Fraternity’s national program of Social Action, Xi Sigma Chapter is committed to serving the Indianapolis, Indiana community.

The Xi Sigma Alumni Chapter of Central Indiana is the largest Alumni chapter of Phi Beta Sigma Fraternity, Inc. in the state of Indiana and the Second oldest chapter in the Great Lakes Region. The Xi Sigma Chapter was originally established in Welch, W. Virginia in the Spring of 1925 by Fleming A. Jones but became inactive and was later reassigned and chartered December 14, 1938 in Indianapolis.

To optimize Phi Beta Sigma’s effectiveness, the Fraternity will:

Strengthen and serve proactively the brotherhood, as a supportive resource that positively impacts the Fraternity’s growth and financial solvency.

Reaffirm and maintain a strong commitment to brotherhood, scholarship and service.

Ensure that the Fraternity programs are focused and committed to serving humanity.

Create an environment that respects the dignity and worth of each brother.

Exhibit integrity and ethical behavior in conducting the Fraternity’s business. serving as a model for all Greek-letter organizations.

Maintain and improve the Fraternity’s technological literacy, in order to better service its members and the community at large.

Select leaders who are committed and have demonstrated their ability to lead.

Learn about the history of ΦΒΣ

Our Cause Speeds On Its Way

Men who believe in giving service to the community, integrity, and maintaining strong principles.

Are you a member of our wondrous band?
Get connected with Xi Sigma Chapter.

Are you a member of our wondrous band? Get connected with Xi Sigma Chapter.